It is with great sadness that we say good-bye to Chuck Jones.

"A small child once said to me: You don’t draw Bugs Bunny, you draw pictures of Bugs Bunny.’ That’s a very profound observation because it means that he thinks the characters are alive, which, as far as I am concerned, is true," recalls animation director Chuck Jones.

Critics often compare his work to that of the classic screen comedians of Hollywood’s early years. Born on September 21, 1912 in Spokane, Washington, Jones grew up in Hollywood, inspired by the talents of Charlie Chaplin and Buster Keaton, and working occasionally as a child extra in Mack Sennett comedies. After graduating from Chouinard Art Institute in Los Angeles (now California Institute of the Arts), Jones got his first job in the fledgling animation industry as a cel washer for former Disney animator Ubbe Iwerks in 1932.

In 1936 Jones became an animator for the Leon Schlesinger Studio (later sold to Warner Bros.). There, he was assigned to Tex Avery’s animation unit, joining the Warner Bros. team that made "Looney Tunes" and "Merrie Melodies" cartoons in a run-down back-lot building that he and other animators and directors nicknamed "Termite Terrace." It was there, in that chaotic hotbed of creativity, that the personalities and characteristics of Bugs Bunny, Daffy Duck, Elmer Fudd, and a host of other classic characters were developed and produced.

At the early age of 25, Chuck Jones directed his first animated film, The Night Watchman, which was released in 1938. As director, he timed the picture, finalized all of the writing, produced over 300 layout drawings, directed the art design, animation, music, and sound effects.

During WWII he directed U.S. Army training films featuring the bumbling Private SNAFU, as well as a re-election film for FDR. Heading his own unit, Jones remained at Warner Bros. until the animation studio was closed in 1962.

He then moved on to head the animation department at MGM, where he created new episodes for the Tom & Jerry cartoon series. While there, he also produced, co-directed and co-wrote the screenplay for the critically acclaimed feature film, The Phantom Tollbooth, and directed the Academy Award winning film The Dot and the Line.

In 1966 Jones directed one of the most memorable holiday television specials ever produced—Dr. Seuss’ How the Grinch Stole Christmas. First aired in December 1966, the half-hour special was met with glowing reviews from newspapers across the country and has become one the of the most beloved holiday programs ever aired. Jones won a Peabody Award for Television Program Excellence for his work with The Grinch, and another for Dr. Seuss’ Horton Hears a Who in 1971.

Jones has become a true icon of creativity by directing such mini-epics as What’s Opera, Doc? (1957) which featured a Wagnerian Elmer Fudd invoking the great elements against a cunning Bugs Bunny. In December 1992, What’s Opera, Doc? was inducted into the National Film Registry for being "among the most culturally, historically or aesthetically significant films of our time."

Jones is a master of character animation, and it is in the development and refinement of character that his talents are most evident. His ability to reach deep inside a two dimensional drawing, or series of drawings, and pull out a most wonderful personality is second to none.

Jones is responsible for creating some of the most famous and memorable characters of the Golden Age of animation, and for taking characters originated by others to some of their greatest heights. While Jones is the creator of Pepe Le Pew, Wile E. Coyote and the Road Runner, Marvin Martian and Michigan J. Frog to name but a few, his relationship with Bugs Bunny, Daffy Duck and Elmer Fudd is more subtle. It is in Jones’ work that these characters so often reached far beyond their two dimensional existence and became real personalities, as real as any live-action movie star has ever appeared.

Jones seems to have within him the bold streaks of character that so vividly colour his work. Known around the studio as the intellectual one, the director who set cartoons to opera, referenced Einstein, and valued other heady pursuits, Jones could still drop anvils on coyotes and blow up dynamite with the timing of the best gag men.

In a career spanning over 60 years, Jones has made more than 300 animated films including three Academy Award winners. He has received countless honours from organizations including the Smithsonian Institute, the Director’s Guild of America, the International Museum of Cartoon Art, and from film festivals around the world. Jones has lectured at schools including Harvard, Princeton, Yale, Cambridge, Edinboro, UCLA, and Canada’s own animation powerhouse, Sheridan College.

Chuck Jones is the most widely collected animation artist in the world. His art has been exhibited at galleries and museums throughout the world, including a one-man retrospective at the Museum of Modern Art in New York City. His 1989 autobiography, Chuck Amuck, is in its fifth printing and was published in paperback in 1990. Chuck Reducks, his follow-up to Chuck Amuck, was published in 1996.

Jones has played an immense role in the development of animation, and has provided us countless hours of timeless entertainment and unparalleled comedic joy. Cartoon lovers everywhere tip their hats to Chuck Jones, the character behind the characters.

We will miss him greatly. 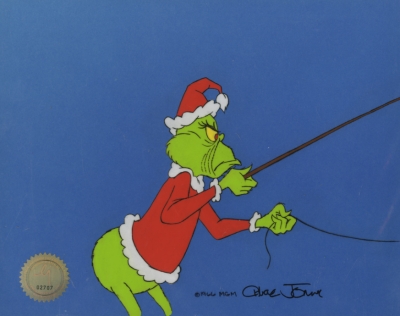 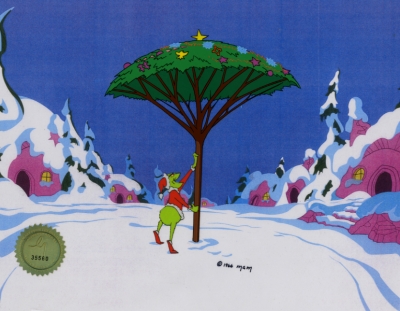 * SOLD* The Grinch takes the tree 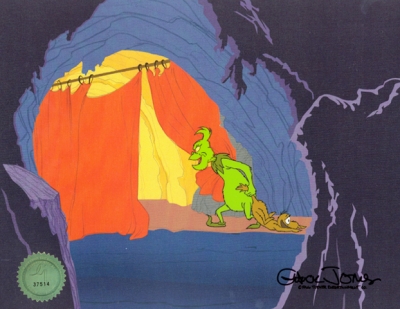 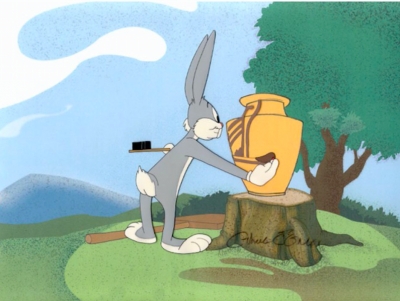 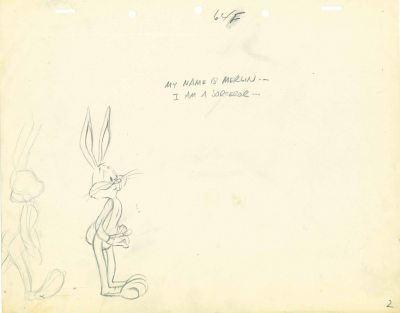 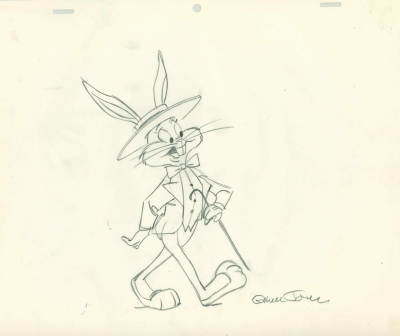 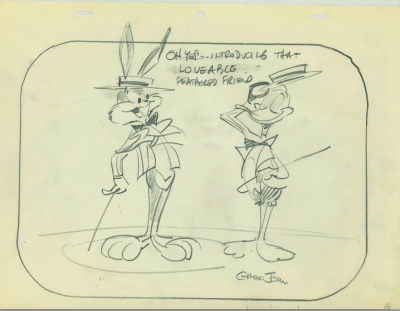 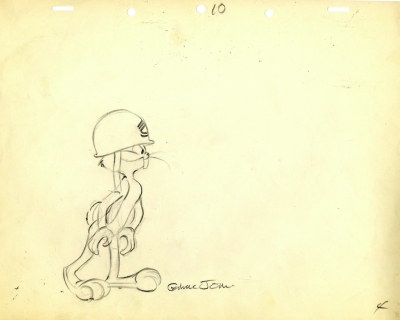 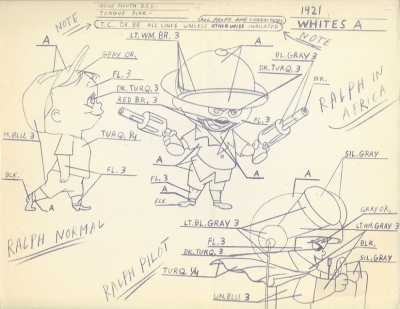 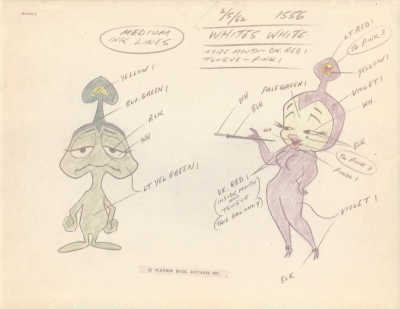