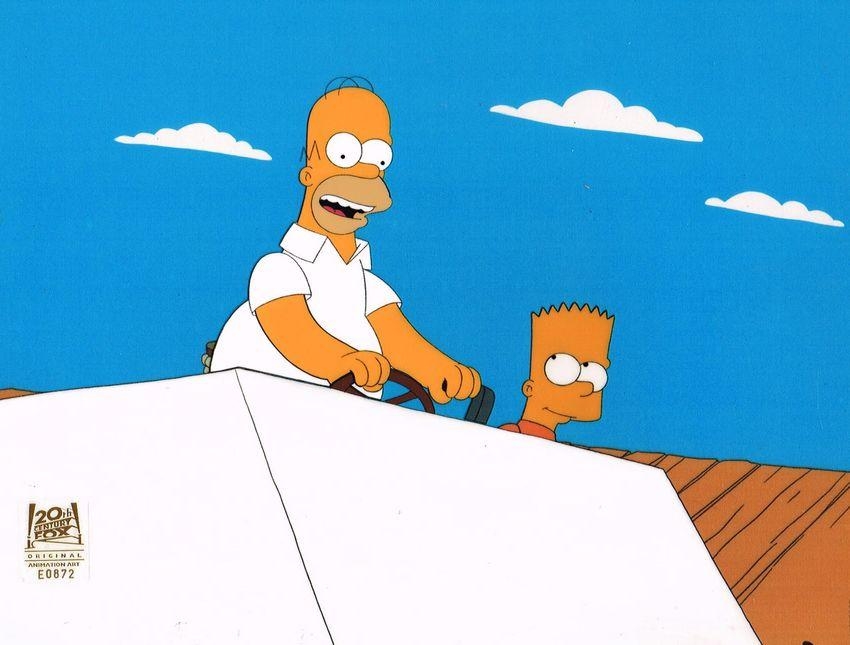 This is an original hand painted production cel used in making an episode of "The Simpsons". Episode DABF03 title "Sweets and Sour Marge", January 20,2002. In this episode Springfield is declared `the fattest town on Earth' when Homer's attempt to create the world's biggest human pyramid goes wrong. Marge's crusade to improve the town's health then leads to sugar being banned. Featured here are Homer Simpson and Bart Simpson. 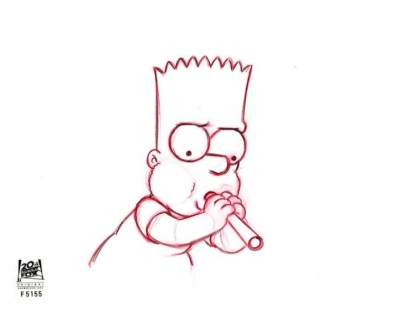 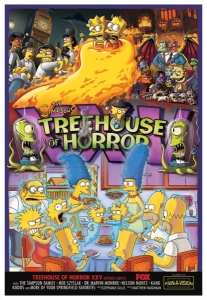 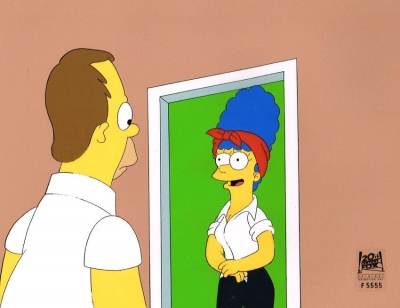 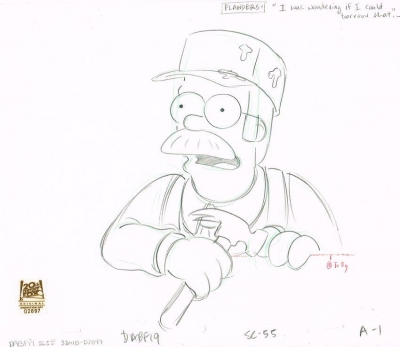