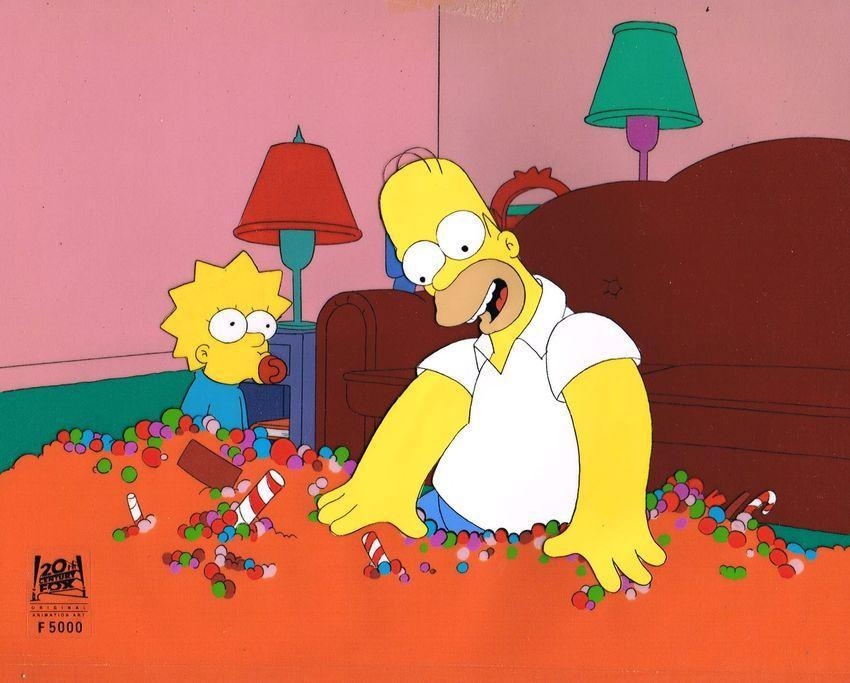 This is an original hand painted production cel on original hand painted production background. This was used in making an episode of "The Simpsons". Episode 2F06 titled "Homer Badman" November 27, 1994 (Season 6). After retrieving a piece of candy stuck to a college co-ed's pants, Homer becomes public enemy number one when the co-ed accuses Homer of touching her butt and the media makes Homer out to be a pervert. Featured here are Homer Simpson and Maggie Simpson. 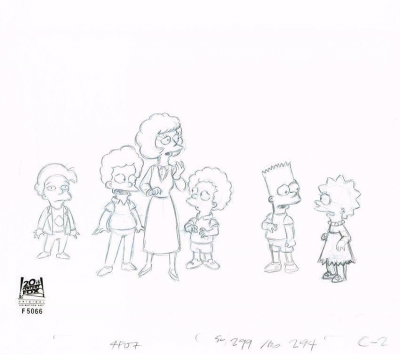 Maude Flanders with Bart, Lisa and others 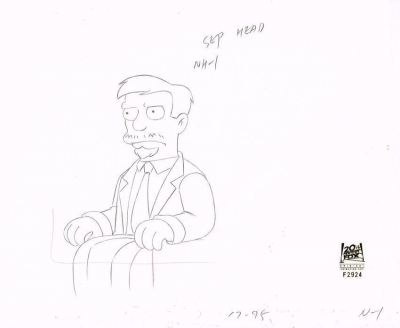 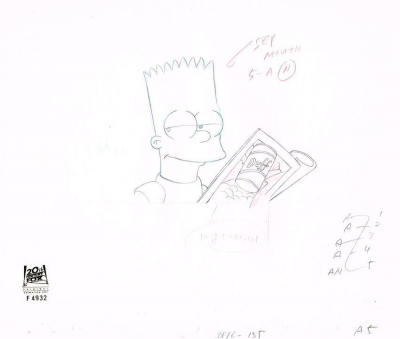 Bart Simpson with Duff comic A5 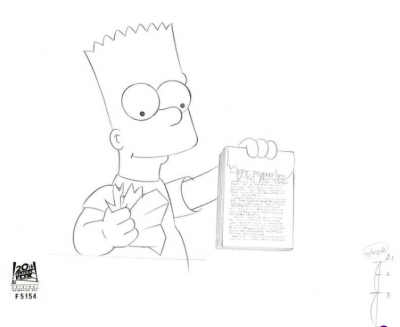