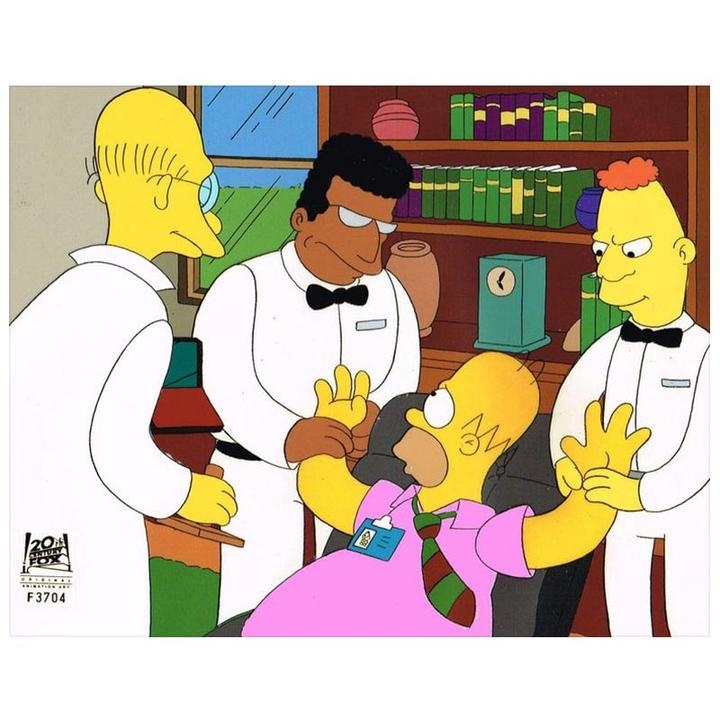 This is an original production cel used in making an episode of "The Simpsons". Episode title "Stark Raving Dad" Sept. 19, 1991. Featured here is Homer Simpson. 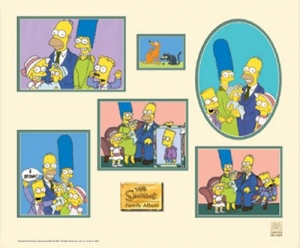 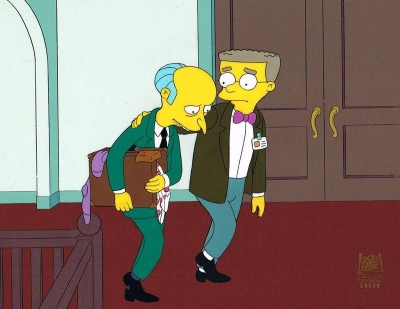 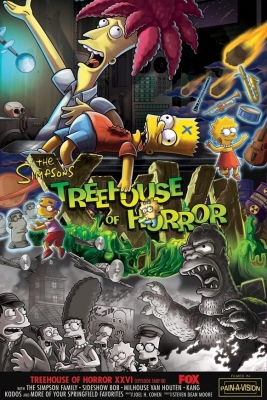 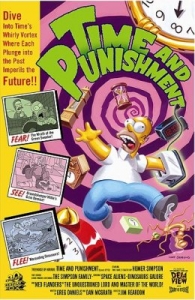