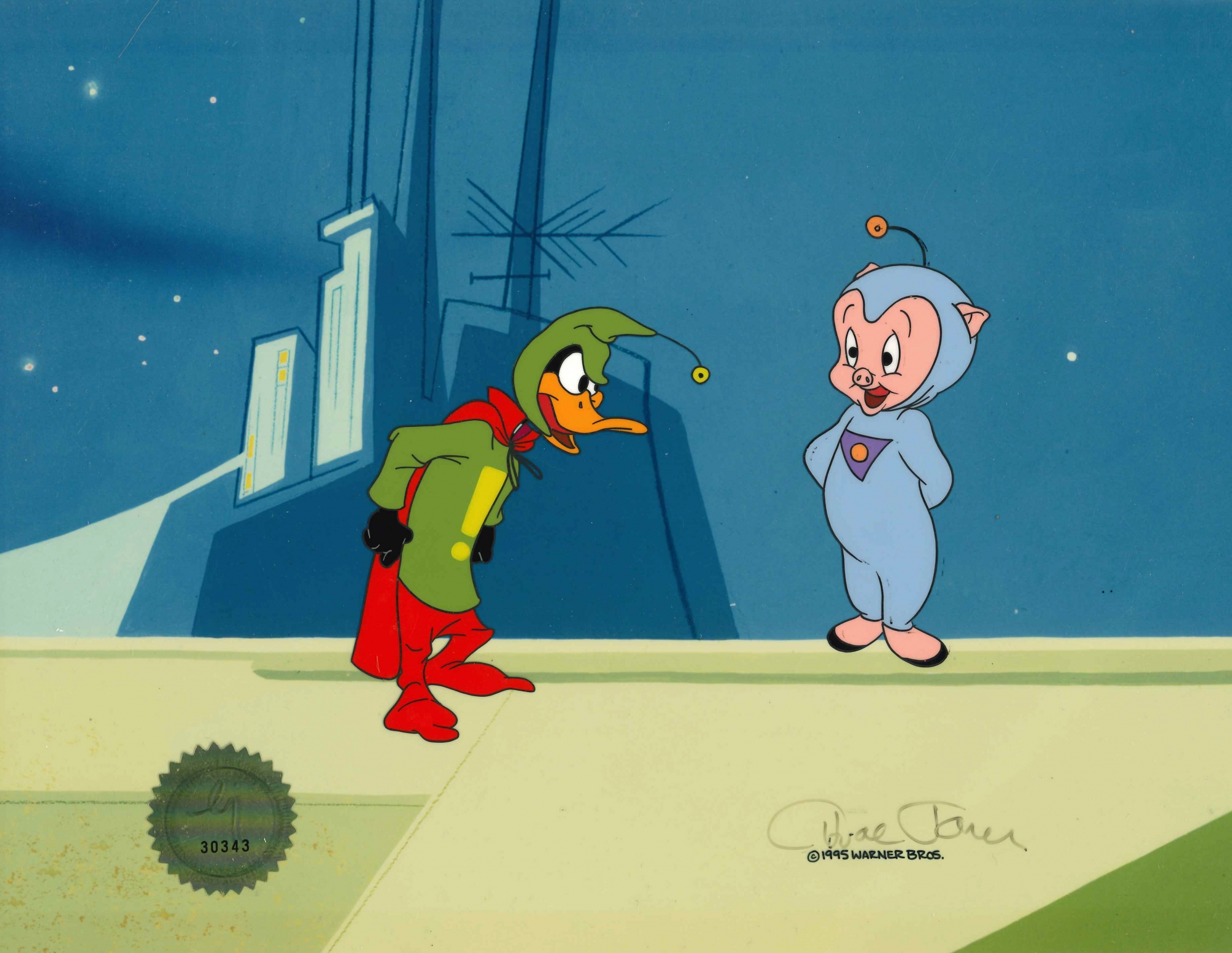 *SOLD* This is an original hand painted production cel used in making "Superior Duck" 1996. Daffy is a superhero named "Superior Duck" who tries to do good, but can't get started due to an unprofessional Narrator messing up his intro. Featured here are Porky Pig and Daffy Duck. This is signed by the late Chuck Jones. Note: faded signature. 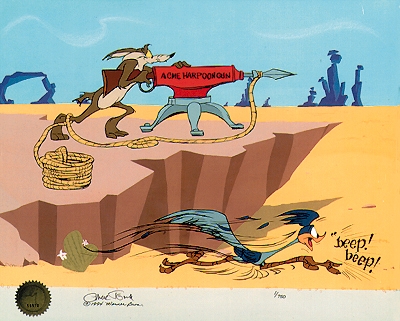 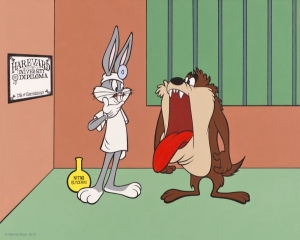 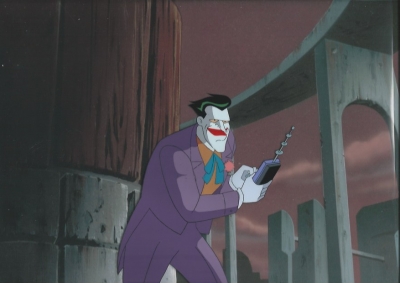 Joker with remote Mask of Phantasm