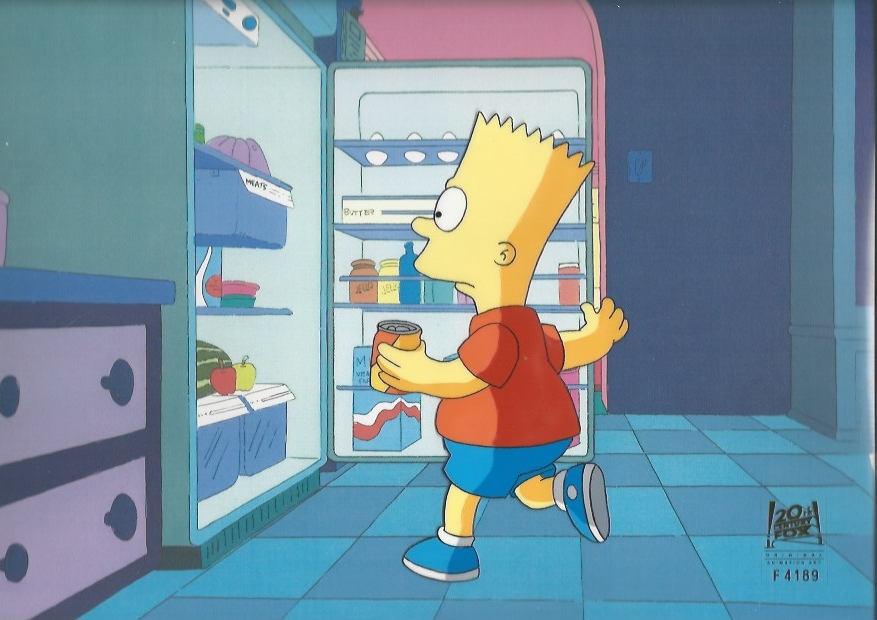 This is an original hand painted production cel used in making an episode of "The Simpsons". Episode 8F08 titled "Flaming Moe's" November 21, 1991. In this episode a local bartender steals Homer's secret recipe for a bizarre drink called the "Flaming Homer" and becomes rich. Featured here is Bart Simpson. 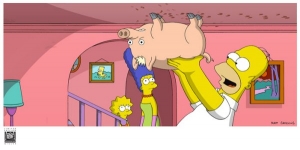 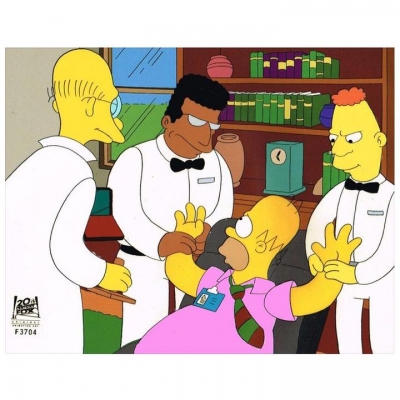 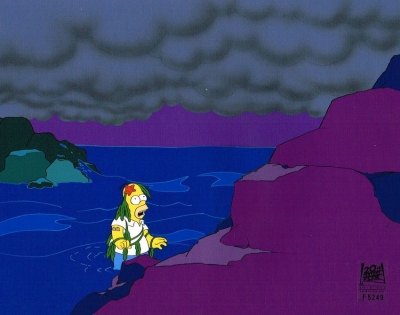 Homer coming out of water