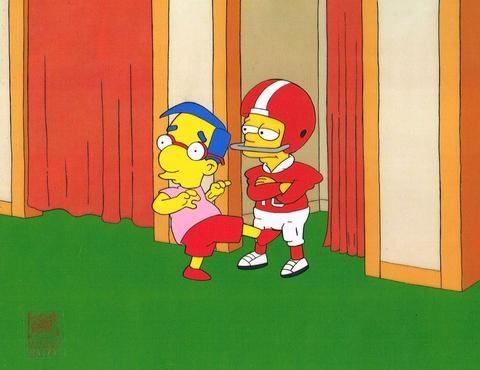 This is an original hand painted production cel used in making an episode of "The Simpsons". Episode 5F03 titled "Bart Star" November 9, 1997. In this season 9, episode 6 Bart struggles as the quarterback of Homer's peewee football team and gets some advice from Joe Namath. Featured here is Bart Simpson and Milhouse.595

The Garden of Springfield 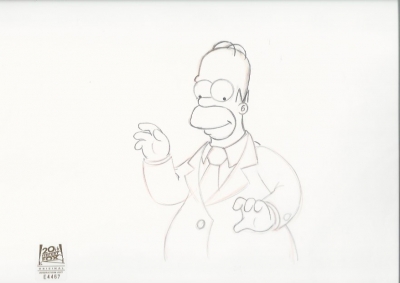 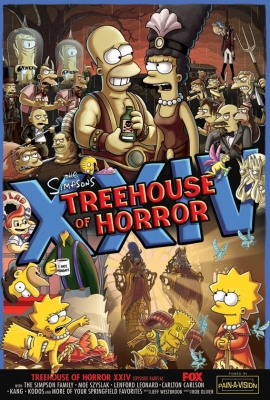