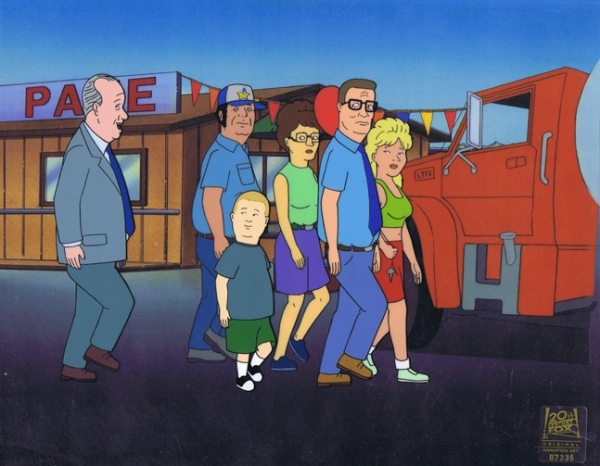 This is an original production cel from "King of the Hill". King of the Hill is an animated series created by Mike Judge and Greg Daniels, that ran from January 12, 1997 to September 13, 2009 on Fox. It centers on the Hills, a small-town Methodist family in Arlen, Texas. It attempts to retain a realistic approach, seeking humor in the conventional or mundane aspects of everyday life. SOLD CALL FOR SIMILAR IMAGES. 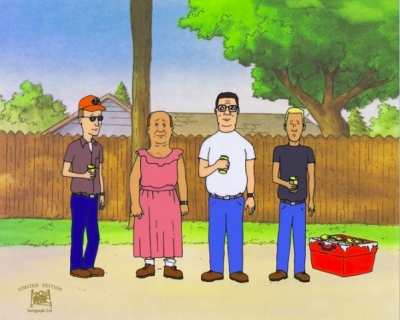