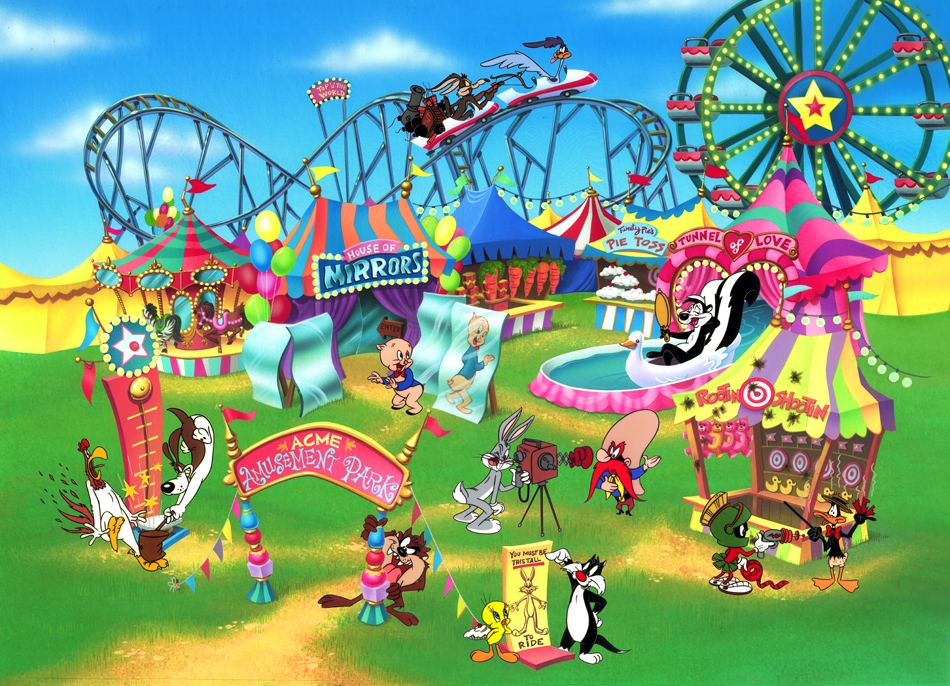 This is a hand painted limited edition cel. Everyone loves a carnival, particularly characters who create carnival-like atmospheres. The fun-loving bunch at Warner Bros... the Looney Tunes, know full well what it takes to make for a jocular atmosphere. Of course, the word "amusement" in amusement park is rather loaded when it comes to Bugs and his pals. Easily, it could be deciphered that these near-century-old stalwarts of animation are here to both be amused and amuse themselves. This serves as to why anyone from Tweety through to the Road Runner, remains in character even as they are out of their element. No, there is no kicking back and relaxing for this bunch. The hijinks are in avid form in the amusement park. Where something as innocuous as Sylvester demonstrating Tweety’s inability to reach a rides height requirement and Porky “thinning out himself” in front of a funhouse mirror occurs as Pep Le Pew admires his own reflection after emerging, by himself, from the Tunnel of Love, the stakes rise with Wile E. Coyote’s attempts to hunt down the Road Runner while both sit atop rollercoaster cars. Down below, Barnyard Dog demonstrates what real strength is to Foghorn Leghorn’s foot, as the ray gun-armed Marvin The Martin toasts Daffy Duck. Taz, evidentially, wants to take a bite out of the amusement park itself, while it's Bugs, finally, who holds the last “yuk” through his knowing wink as he seeks to capture Yosemite Sam with the tried and true fist-in-the-camera trick. If anything, “Acme Amusement Park” demonstrates that many things can simultaneously occur in the carnival world. 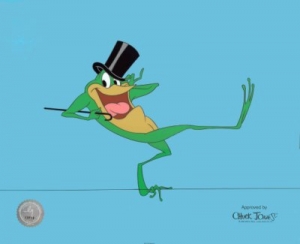 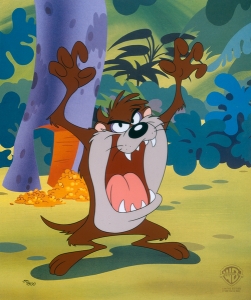 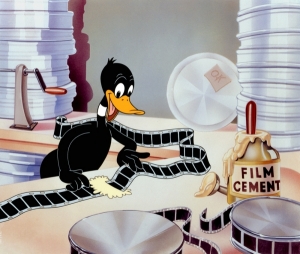